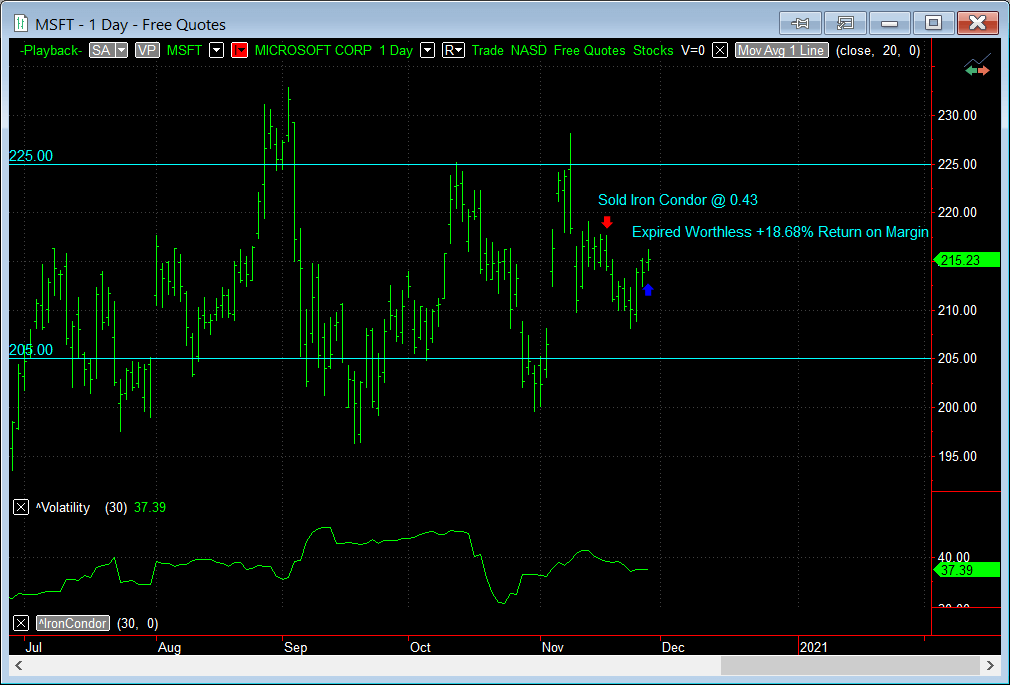 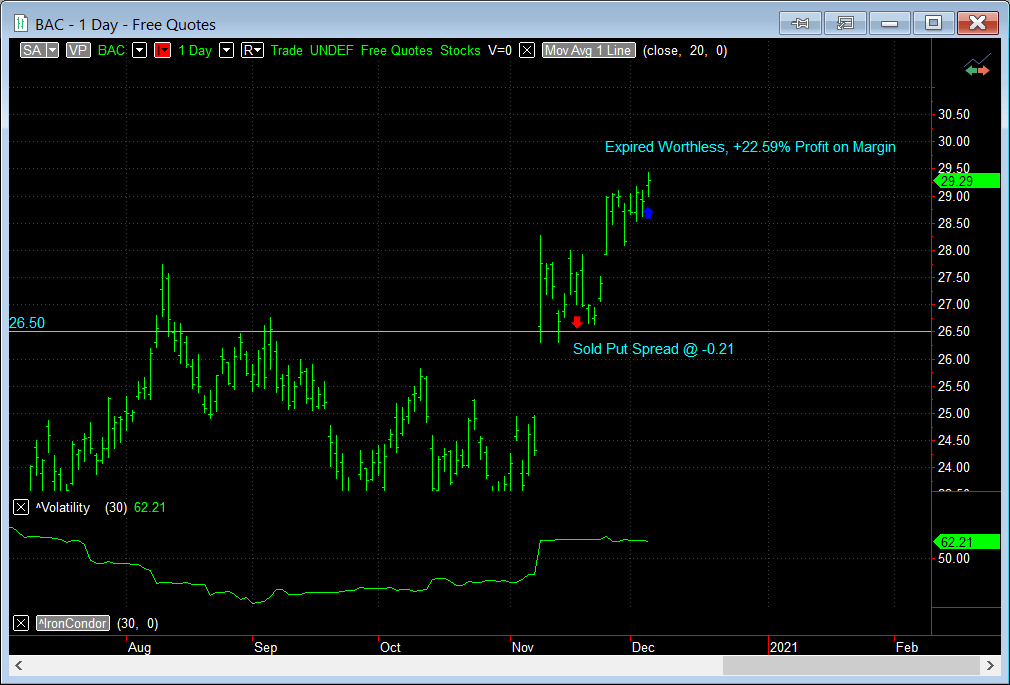 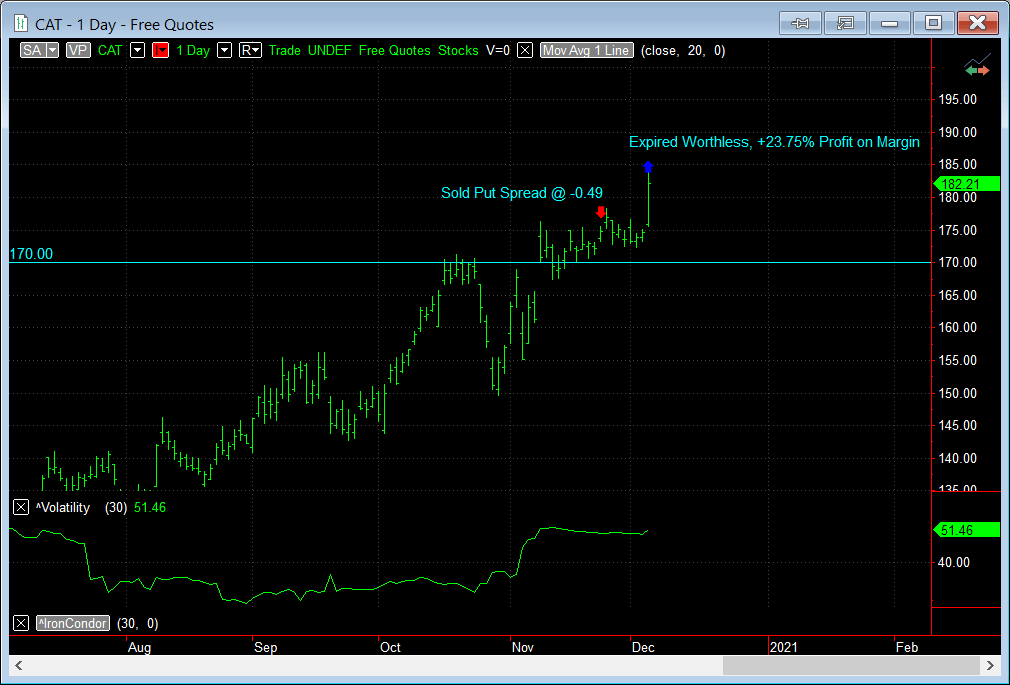 Discover the strategies used by the pros to make money in any market condition. Master the theory behind time-tested techniques via straightforward video lessons and apply them to your own trading in no time. 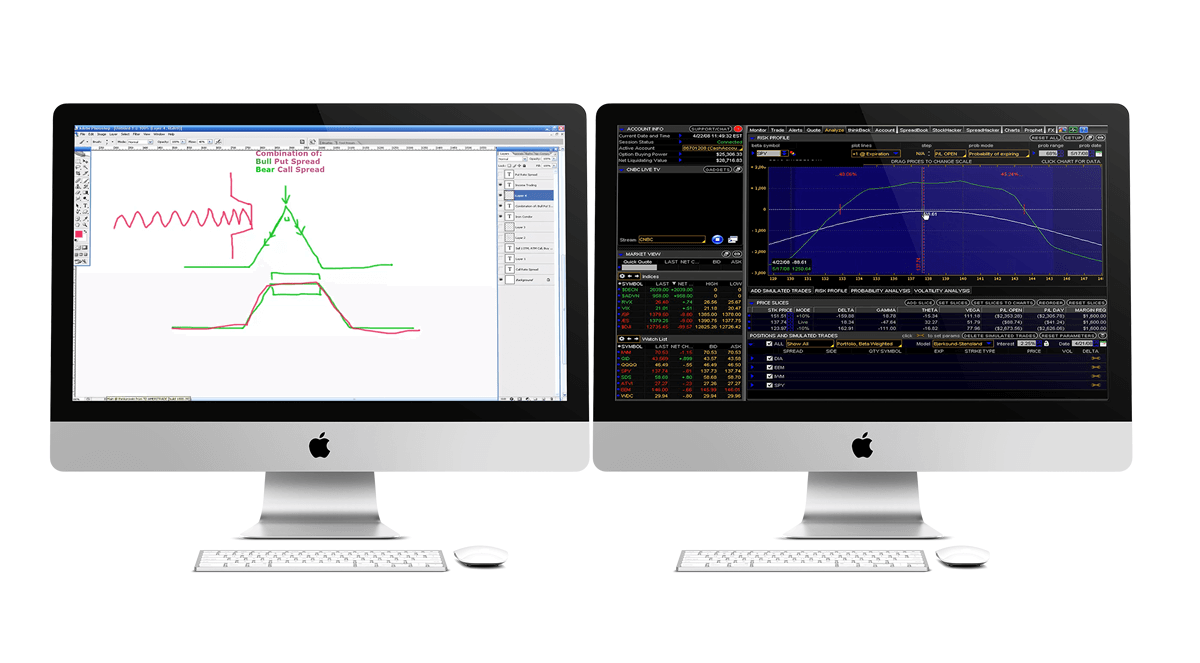 I've changed my approach slightly the last two months as I try and make back some losses. I've decided to be more conservative and stick mainly to non-directional trades with low deltas, wide strikes and longer expirations.

I'll still do some earnings plays, but not as many and I'll be more selective about them.

I'm also not going for the put spread rolls, straddle rolls and naked puts as I got burned easily on those.

I've struggled to get filled on a lot of my orders though, but I suppose that is the consequence of playing it safe; less liquidity with those opportunities.

The Feb 19 expiry closed out on Friday. I was looking good to finish it positive $300 but FSLY tanked.

I had a note to get out of it prior to their earnings release Thursday but changed my mind on the day. I was up $10 and held on to realize a $276 loss.

I closed out a few others early (TWTR, DIS, DIA, UBER, TSM, MRK and PYPL) as they hit the short strike with anger. Good that I did that too...apart from DIS they all would have reached their max loss. I held onto ADBE as it was only grinding away towards the short side..and it came back, so all good there.

Building a few more positions and will take a few more directional bets this week with vertical spreads.

I left CSCO to run out on expiry as the day before it just crossed the short strike. Unfortunately, it continued and I realised the max loss on the trade. The other positions for that expiration, however, all closed out at a profit; EWZ, KO, MU, NIO, PFE and QQQ.

I also closed early my PYPL and UBER trades, which I'm happy about. Very small losses there, which is good as there was still two weeks to go and they are both looking at continuing to breakout.

My other positions for the 19th expiration are looking positive so far. I still have some way to go to claw back January's losses. But there's still a few weeks left to build on the portfolio.

Despite CAT generating better than expected Q4 results, the stock still dropped and I let that expire at its' max loss. Same with FCX.

It was a disappointing January, especially with those two losses to close it out.

But things are looking good with the start of Feb. Almost all positions showing unrealized gains although the instra day swings have been strong; between $200 and $600 each close of day.

I heard the Reddit Army have been getting on board Silver. The ETF opened strong with a lot of volatility so I sold a condor around that for the 19th Feb expiration.

Also got in on a TSM condor but regretted it straight away. Sold approximately 30 delta short strikes for $49 credit. Not a very good price compared to the delta levels but it looked good on the chart and I was eager to get it done prior to the close. If it shows a good short term gain I'll close it out.

Put on some more high vol condors on what I see as being directionless stocks. I had a $600 P&L swing since opening them from Wednesday to today given the sell off and recovery. Happy with the positions so far though.

Rolled down and out X put spread for breakeven. Happy with that adjustment as I'm still bullish at this level. Closed out BAC for full profit. GM also looking at collecting full premium too. I will look at more small naked shorts for next week.

CAT release earnings before open, which is my biggest unrealised loss so far. It's trading just below the long strike now so need it to pop a few more points to be in the clear before close tomorrow.

FCX is done and will likely expire a full loss. I should have kept a closer eye on this one during the holiday period and adjusted as it touched the short strike.

Most of the other positions are in early stages and building towards Feb 19th expiration.

2021 off to a shaky start. A very small gain on closed trades and currently running a small $36 loss on open positions. My initial margin used for the above 14 positions is only $2,600 so I really need to either take on more underlyings or increase trade size.

Most of the loss on open positions is INTC's Iron Condor. After the announcement regarding the CEO stepping down, the stock popped and is now trading outside the call spread leg of the trade. I could have exited for only double the premium as my loss but I decided to wing it and see how the stock performs after their earnings are released in a few days, taking the chance that it drops back below the short call strike.

The other open losses aren't a concern right now. CAT is still trading above the short strike level, however, has dropped a bit since establishing the trade. This is a fade on a bullish play so I'm expecting the stock to keep above the short put strike.

IWM, again, is killing me on the Condors. Pretty sure I'm net loss on all my 2020 IWM Condors too. Typically a favoured stock to sell Condors on but since bottoming out after COVID the mid-caps have been rallying hard. So, I think I will look to move my index Condors over to the SPY instead.

Make it easy for yourself to get going. Sign up to my newsletter and each day you'll learn something new about options. Here's what I'll send you...

Option pricing is complex. But no need to reinvent the wheel. Grab my excel calculator and build all sorts of option combinations.

Learn how volatility breathes life into option prices and how you can use this to profit from option selling strategies... 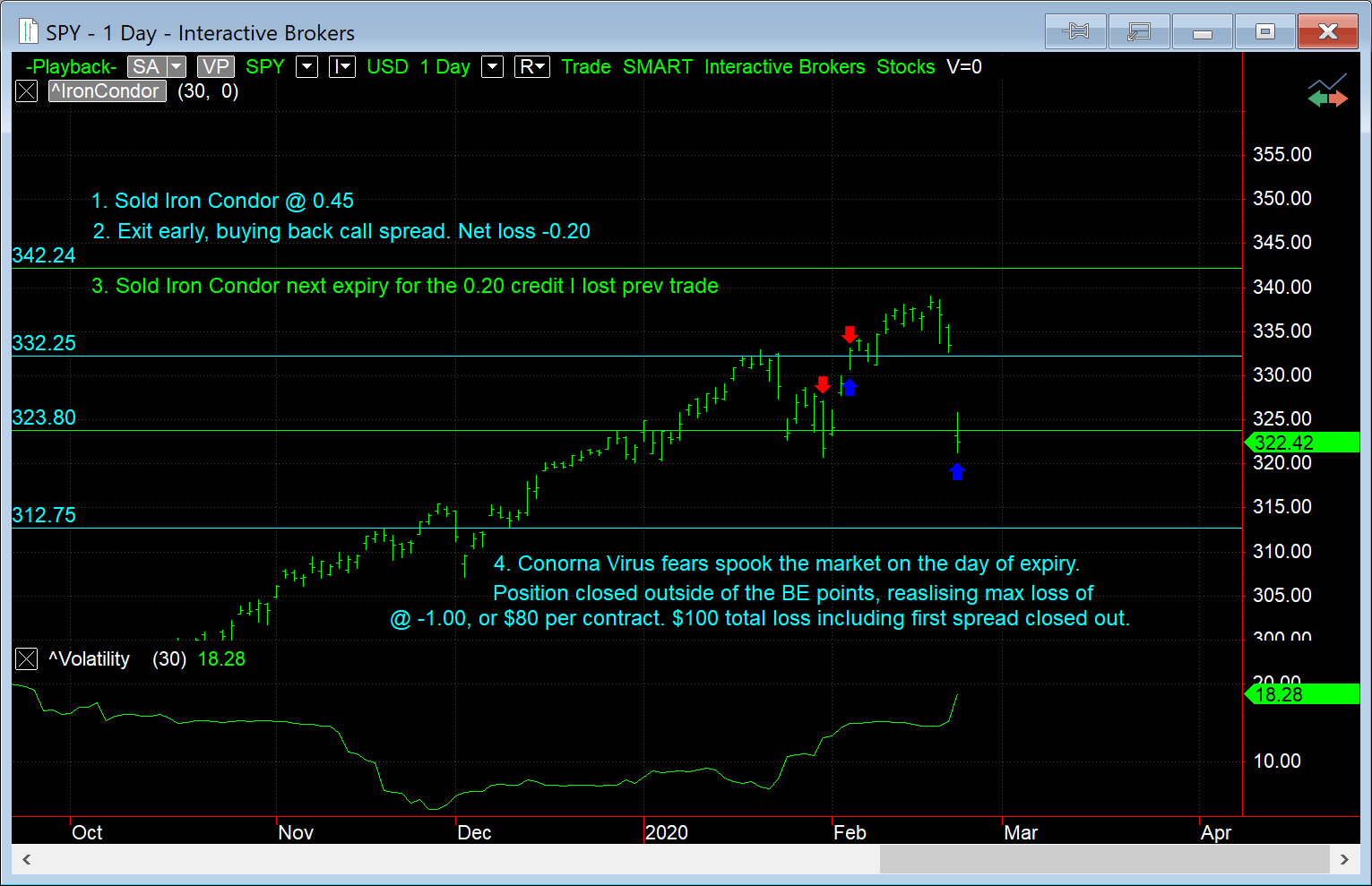 Rolled a SPY loss, but failed

My short Iron Condor was going against me, so I exited early with a loss and rolled it up and out to the next expiration. The trade was going well until the first drop due to Corona virus fears. All good though as losses were capped so I only lost $100 per contract. Could have been a lot worse if there wasn't any downside protection. 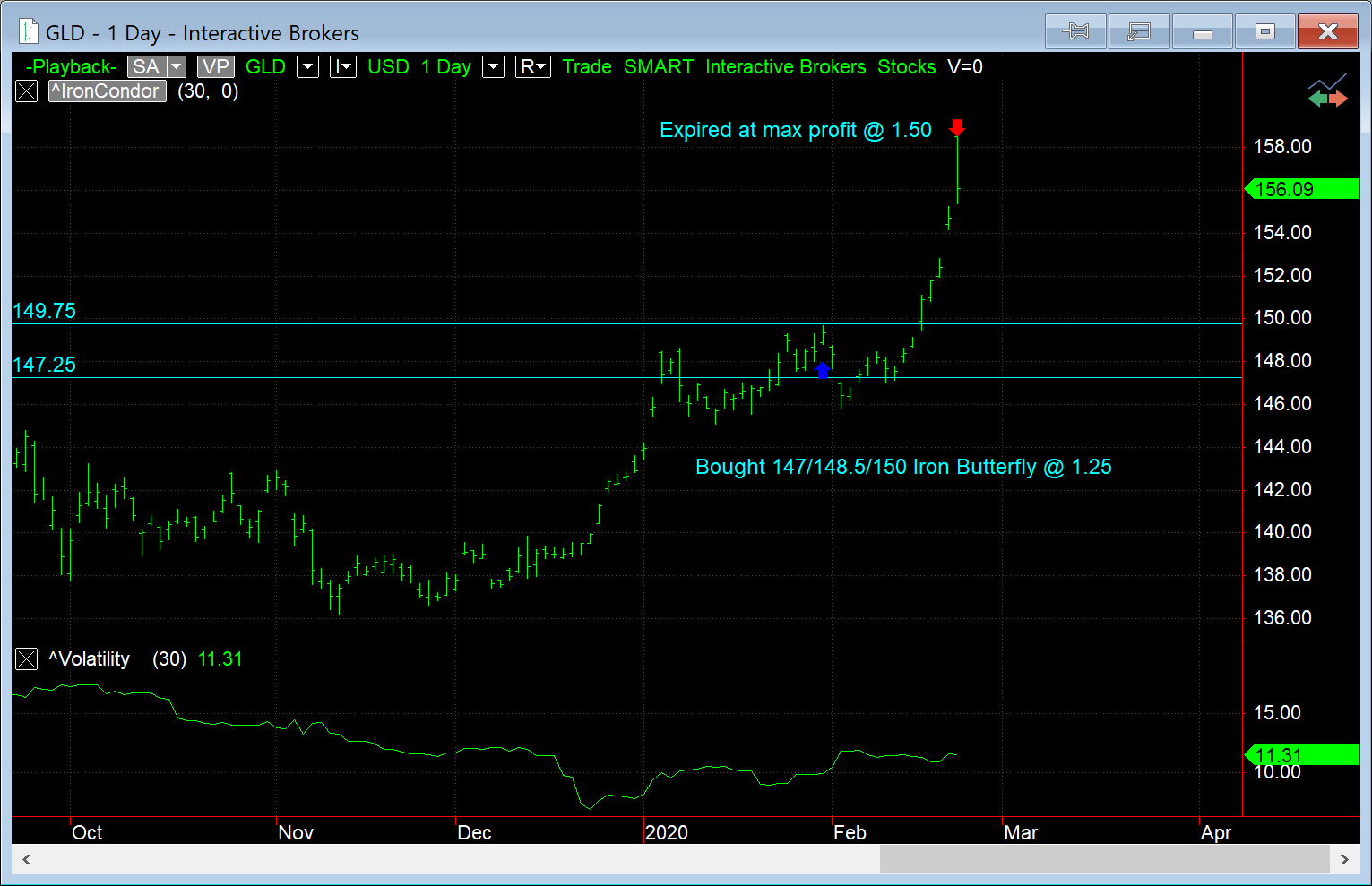 4 legged option strategy similar to the Condor but with the same middle strike price. This was a long trade, so I wanted the market to move in either direction. I liked the setup of this one as the bands were tight; 1% either side of the current price. Cost me a debit of $125 to make max profit $25. It was a win. 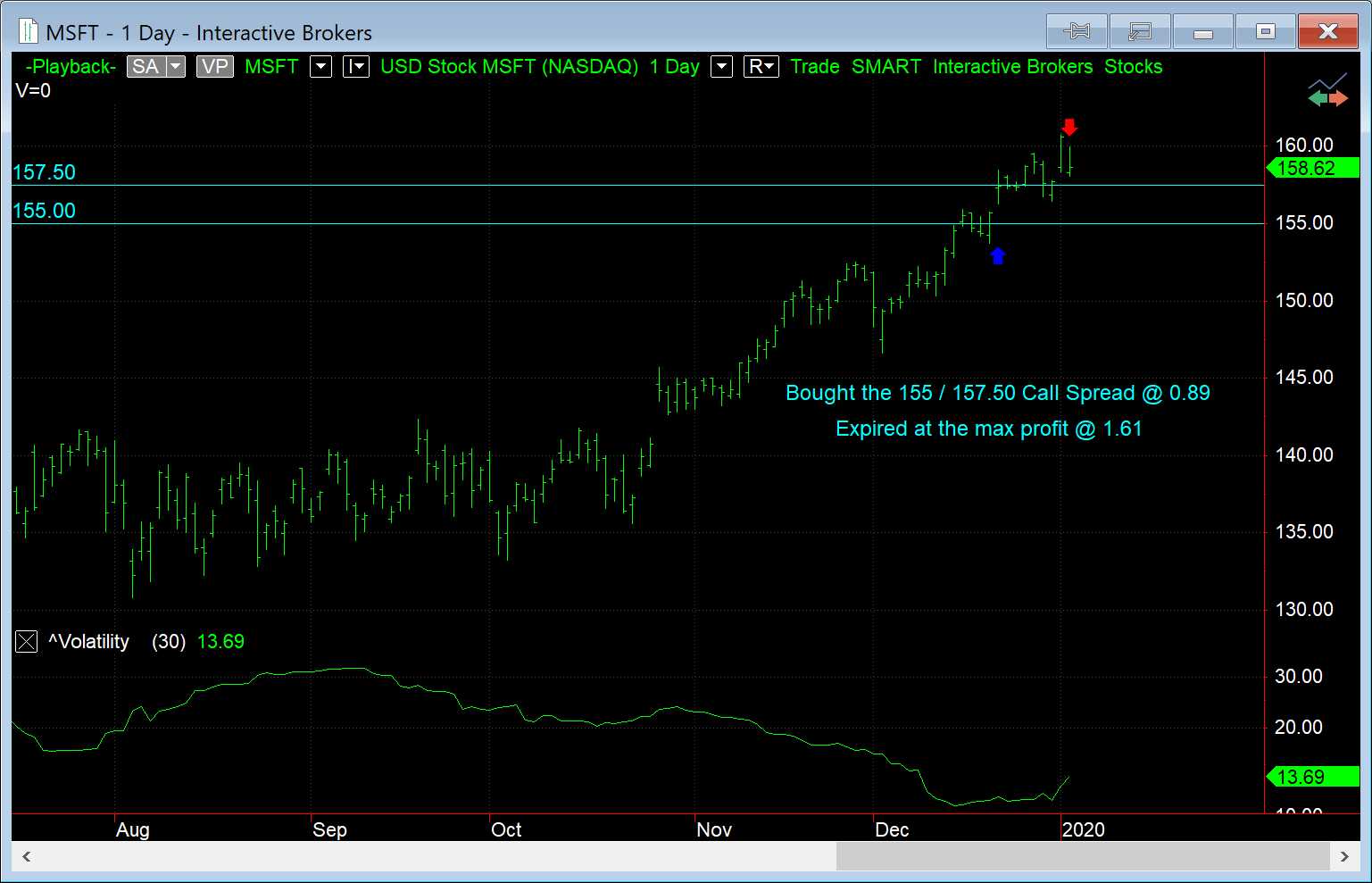 If you've joined the members area you'll notice this setup from the Option Boost series. It was text book. It was a debit Call Spread, meaning I paid money to put it in. The spread cost me $89 per contract, which is also the most I can lose. The max profit I can make is $161. But check out the price action. 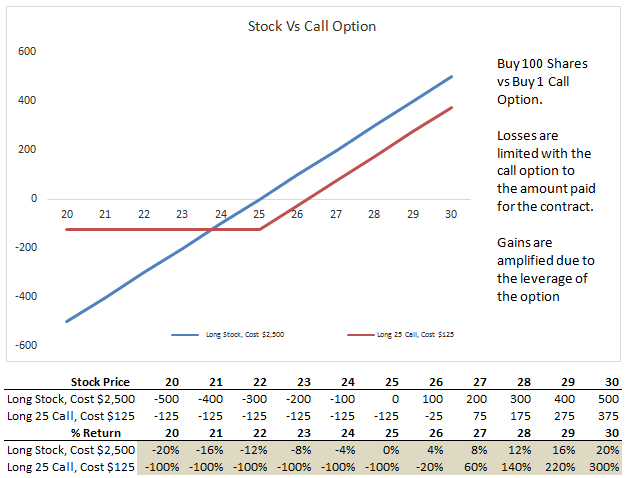 Start here if you're new to options trading. You will learn what option contracts are, why you should trade them and understand the mechanics of what makes up option prices. 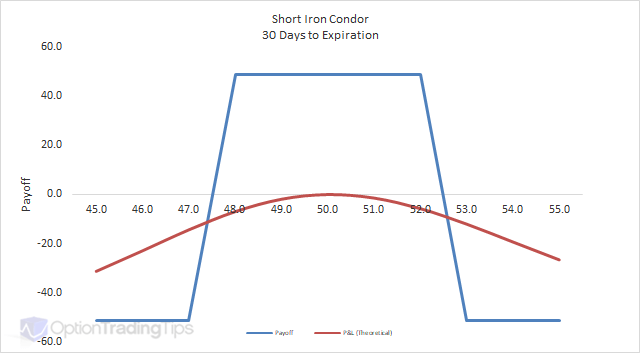 Here is where you will learn how to combine calls and puts to construct specific price outcomes for stocks/futures. 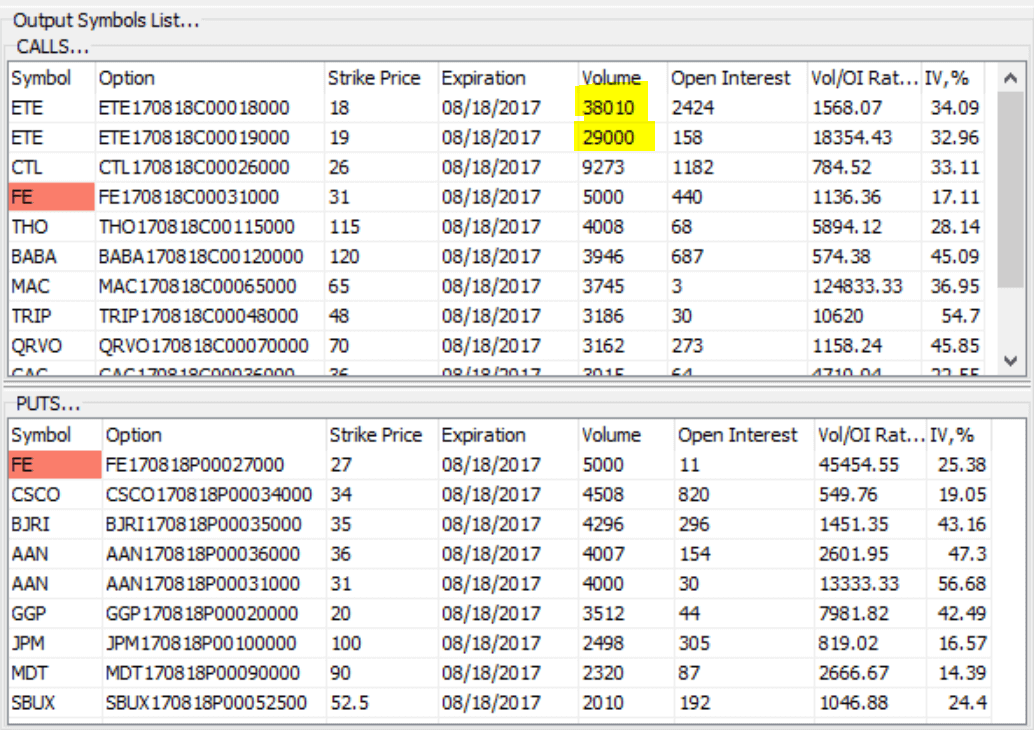 Go ahead and jump straight to the Option Scanner. This software will show you volume spikes in contracts that often precede large price movements in stock prices. Many refer to these volume buys as being the result of inside information. You be the judge!

What is Put Call Parity

How to use Delta for Hedging

My Learn Options Email Series will take you from beginner to option expert in just 7 days.